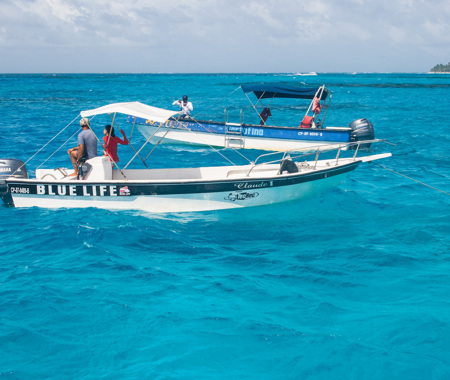 Elbow Reef is a popular dive site with beautiful reefs and a large biodiversity. The Golf Stream passes very close by, resulting in crystal clear water, with a somewhat higher current force. Elbow Reef is also called Wreck Reef because of the numerous wrecks and wreck parts lying around. Some of the wrecks have been here for more than a hundred years and are completely covered with corals. Elbow Reef is also a great location for snorkeling.

Elbow Reef is recognizable by a large lighthouse. North-east of this lies the wreck of the City of Washington. This wreck is the best intact of all the ships that lie here. Also Mike's Wreck, the Civil War Wreck, the Tonawanda, a train wheel and many other wreckage parts can be found here.