The least deeply located wreckage contains a lot of life, ideal for measuring and …

Stingray under the jetty for excursions, night diving

Visibility was less towards the end of the dive.

Entry by jumping from the pontoon or via stairs, perfect location for night dive …

Easy entry, ideal for night diving, many of the tampons hunted in our dive lights.

Night diving at Capt. Don. Vis the rope to the wall, no current so you can enjoy the …

Against the light currents in swimming to the south, accompanied by a large Juffer, with … 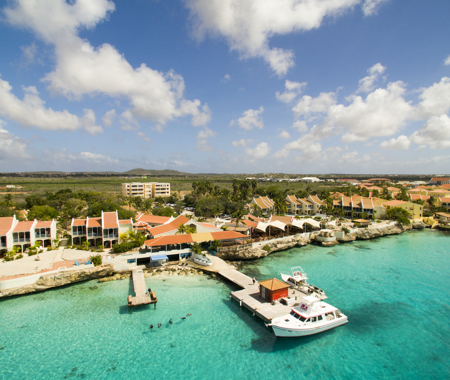 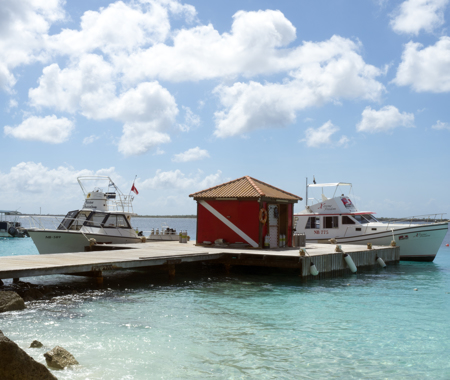 Wreck La Machaca lies on the house reef of Captain Don's Habitat. The 14 meter trawler was purposely sunk as a dive wreck. La Machaca lies upside down and is quite overgrown with weeds. You'll find it 30 meters from shore, at a depth of 14 meters. La Machaca is an old film location. In 1979 the Dutch movie, 'Duel in de diepte', with Rutger Hauer was filmed here. La Machaca is also great for snorkeling.

Pay the fee at Captain Don's Habitat for the use of their facilities. The staff will tell you where to park your car and enter the water. La Machata is not a real wreck dive but it's nice to see. A rope leads from the jetty to the reef wall and to the wreck. Close to La Machaca lies another wreck, the Venezuelan tug boat Hesper. It's a small, almost completely deteriorated wreck. 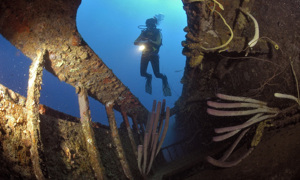