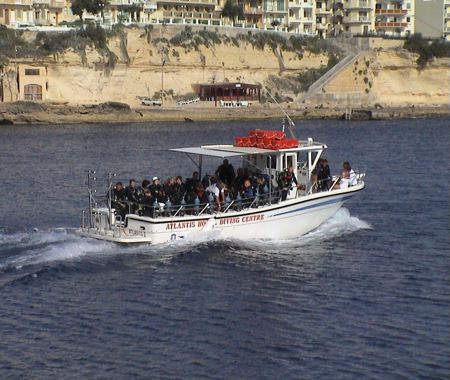 Wied Znuber's bottom is covered with large rocks where the depth is around 5 meters and drops rapidly to 32 meters. When you swim south a huge rocky labyrinth like formation offers hiding places for large fish. A sandy gravel covered area follows. The bottom of all other areas starts at 10 meters, dropping more or less rapidly down to a depth of 40 meters. Large weed covered rocks offer ideal hiding spots for different species of marine life,. Diving in south westerly direction one meets upon a WWII plane wreckage in a depth of 35 meters.

After the war the British dumped war equipment into the sea near the plateau, some of which has already been discovered. But until today one still finds trucks and such things down there.

The site is exposed to the north west and southerly winds.