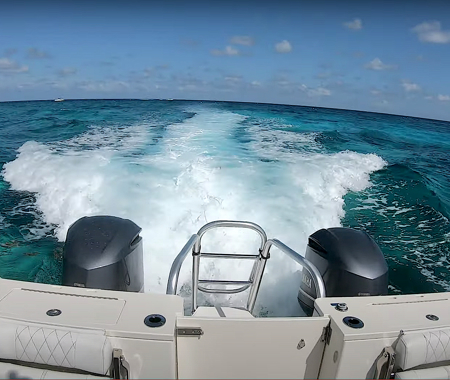 The Ophelia Brian is a 64-foot-long wreck. The Ophelia was a freighter. It was sunk on December 30, 2009 by the Miami Dade Reef Guard Association, with funding from the Brian and Lavinia Snyder Foundation. It's a sister ship to the Ultra Freeze and the Deep Freeze, which were previously sunk in this area. The ship has had many names. Painted on the side is the name, Sea Taxi.

Ophelia Brian Wreck lies off the coast of Key Biscayne in Miami, Florida at a depth of 32 meter. It will take you a 30-minute boat ride to get to the wreck. Certified wreck divers can enter the wreck and dive through it.

There can be pleasure boats in the surroundings of the Ophelia Brian Wreck.