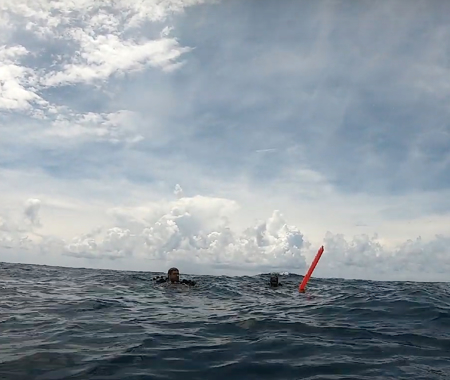 The Dema Trader is a nearly 90-meter long cargo ship. Originally named GGD Trader, the vessel was renamed after the Dive Equipment and Marketing Association (DEMA). The ship lies with its keel into the sand and its stern and bow at about 24 meter. Large openings have been made in the sides of the superstructure to allow safe diving into the galley and cabin areas.

The Dema Trader lies about 5.5 kilometers off the coast of Key Biscayne at a depth of 24 meters. The wreck can be reached by boat. The Dema, like many dive wrecks, has a drug history. The ship was sunk on October 28, 2003 after it was seized by U.S. Customs for transporting drugs.

Watch out. Pleasure boats can be present at Dema Trader.