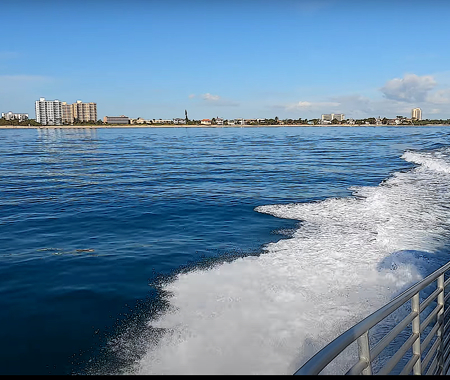 The Biscayne Wreck was once a 36.5-meter freighter that transported bananas between the Caribbean islands. The wreck, also known as Banana Freighter, is one of Miami's first artificial reefs. Local fishermen purchased the ship after it was impounded at Watson Island for financial reasons. They wanted to turn it into a fishing spot. However, during the sinking a severe storm developed. The Biscayne was driven to shore where it sank to a depth of no more than 18 meters. This made it primarily a perfect wreck for divers.

Watch out for boats at Biscayne Wreck.