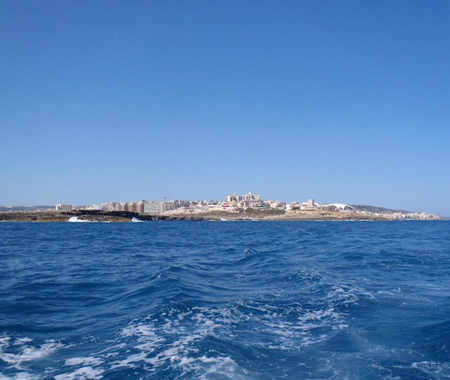 MV Imperial Eagle and Jesus of Qawra are often combined in 1 dive. Descending using the anchor line, you will find the Imperial Eagle lying at a depth of 25 meters upright in the sand with a maximum depth at 42 meters. Dive around and through her hallways and imagine that this ship once carried 70 passengers and 10 cars. The Imperial Eagle was purchased to replace the famous 'Calypso', which was later donated to Jacques Cousteau. From the wreck you can dive through a small cave to see a huge statue of Christ, Jesus of Qawra. It was blessed by Pope John Paul in 1990 to protect the fishermen of Malta.

The Christ statue is 3 meters high and weighs 13 tons. It was first sunk near St. Paul's Island, in 2000 it was moved to its present location. Right next to the reef wall is also a beautiful natural arch, with somewhere in the wall the remains of a large old anchor.

There is a lot to see, make sure you do not exceed your bottom time. 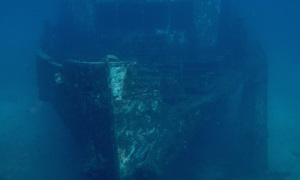 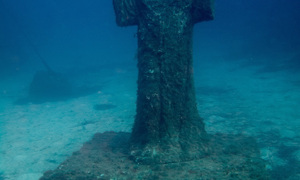 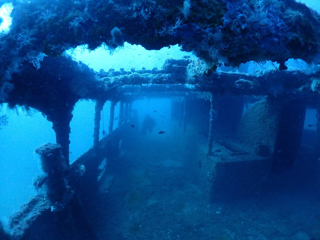