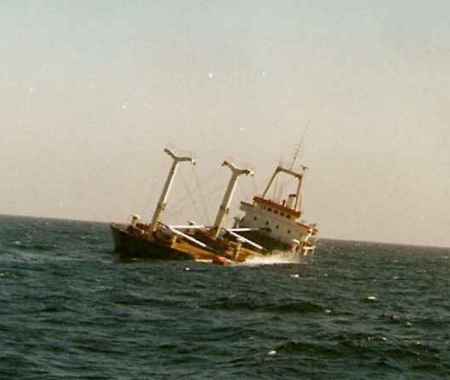 Turkish ship M/V Camadan, carrying a cargo of fertilizer and 12 crewmembers, sent out an SOS call. Maltese Armed Forces said that the vessel reported on 12 March 2002 that she was taking in water at around 6.30am in rough seas 15 miles South West of Malta. American Cruiser USS Vella Gulf and Dutch Tug Smit Wijs Typhoon, both bound for Malta, assisted vessel & averted any danger of sinking. Maltese helicopter was at the scene and rescued the crewmembers.