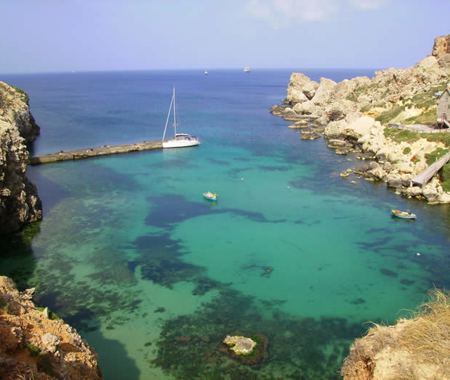 The Scott Craig, originally registered in Dundee, Scotland, was a flat bottom car ferry in the 1950’s in the UK and was brought to Malta as a transportation vessel for the movie Popeye. She now lies upright on a sandy floor around 800 meters from Anchor bay in a depth of 18 to 20 meters. Over the years plenty of marine life has made it their home. Divers with a sense of fun like to have their photos taken on the still intact loo’s.

In 1982 the Scott Graig was used for the movie Popeye, starring Robin Williams. It shipped massive amounts of materials from boats outside Anchor Bay to the jetty, where it was too shallow for them to moor. The Scott Graig was eventually scuttled when she was no longer needed.

Watch out for currents, sometimes they do occure. 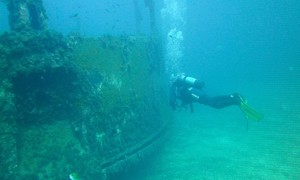