second dive of the day, with another wreck to enjoy 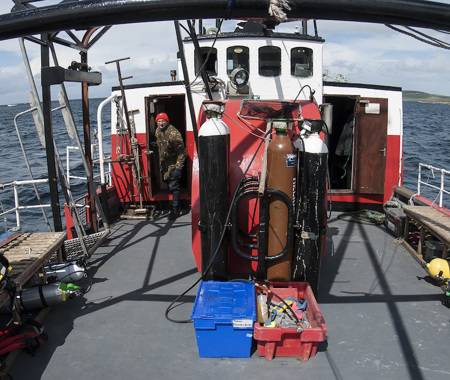 The SMS Karlsruhe was severely damaged as a result of salvage operations that took place at Scapa Flow between 1963 and 1965. Yet it is a fascinating wreck, where less experienced divers can wreck dive. The ship is relatively shallow and in several places completely ripped open. As a result, much of the interior can be observed. In particular, the boiler rooms and the complex technology of the engine room are clearly visible. Nowhere else in Scapa Flow, you can better study the complexity of German warships than at the SMS Karlsruhe.

The SMS Karlsruhe is a protected war memorial. Diving is permitted but the removal of or taking any artifacts is strictly prohibited. Visibility can be poor at times. Best visibility in May and October. 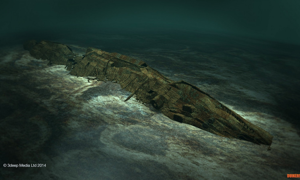 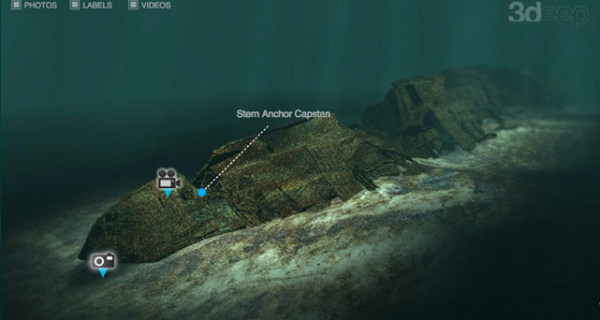 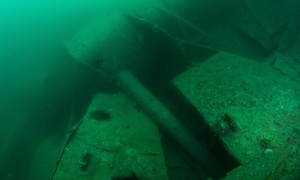 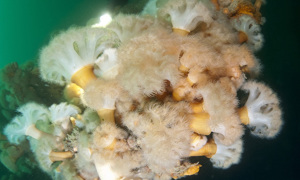 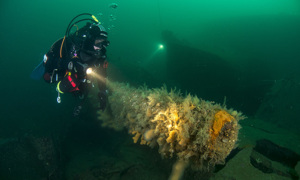 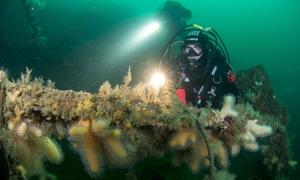