THE SPIRIT OF MIAMI 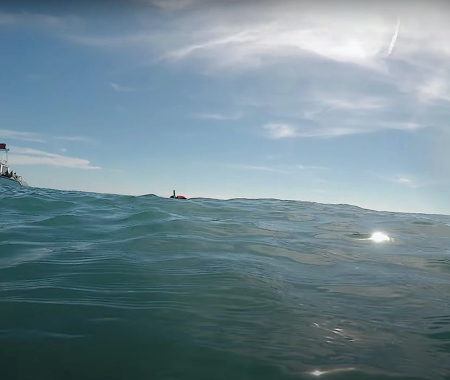 The Spirit of Miami is a Boeing 727 that was sunk off the coast of Miami on September 8, 1993. The wreck is nearly 40 meters long and is part of the Key Biscayne Artificial Reef. It initially lay untouched on the seabed, but in 1995 it broke into two parts as a result of the tropical storm, Gordon. The nose, hull and wings remained in place, while the tail section was moved 150 meters to the northeast.

The Spirit of Miami lies 6.6 kilometers off the coast of Miami. The wreck is accessible by boat. Descend to look for the various parts of this historic dive wreck. You'll encounter many debris sections between 20 and 35 meters, but large parts of the plane are still intact. The wreck is frequented by large schools of fish, including parrotfish, barracuda and groupers. The aircraft in question is a Boeing 727-51, with line number 188 and serial number 18806. The aircraft was delivered to Northwest Airlines on October 7, 1965 as the N470US. Thereafter, it flew under the colors of National Airlines, Pan Am, Pacific Interstate, Royal West, Majestic Air and Carnival Airlines.

There can be pleasure boats in the surroundings of The Spirit of Miami.

THE SPIRIT OF MIAMI Features