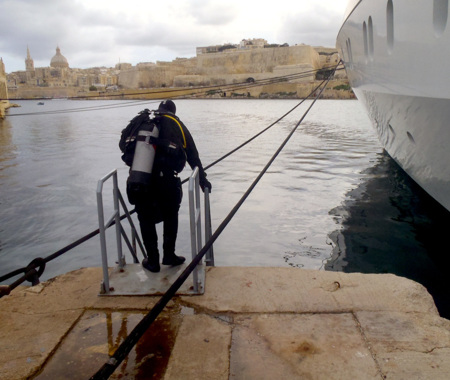 The X127 Water Lighter was built in a series of X Lighters. It is a landing craft that served in Malta in Marsamxett Harbour on Manoel Island, to transport water and later oil. The X127, also known as Carolita Barge sank on March 6, 1942 during a heavy air bombardment. It now sits upright on an inclined slope between 5 and 22 meters of depth. The X127 is almost completely intact and provides a wonderful, artificial reef. Beyond the X127 there are also a few other objest to be found. Sheltered for bad weather influences. Especially with north western winds, when other sites get blown out, it can be busy with divers.

Built: 1915 (in Beverly Yorkshire). Constructor: Walter Pollocks & Son. Length: 35 m. Motor: Campbell 80BHP twin prop. The wreck is accessible from the shore. To get there, you swim out to the west, at a depth between 10 and 15 meters. Note that the seabed in the vicinity of the wreck is littered with all kinds of objects such as hospital beds, wheelchairs, and stretchers that are dumped here during the war. The X127 is an official war memorial.

Wreck is instable and silty. Entering is NOT recommended. Keep an eye and ear out for harbour traffic. 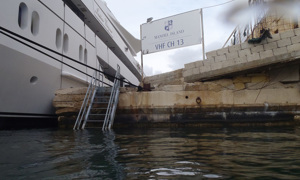 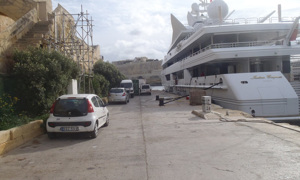 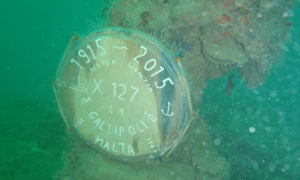 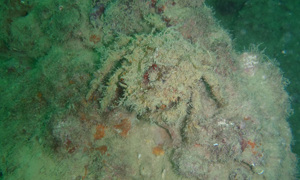